Endangered Parrot, Kakapo. Flightless, nocturnal and heavyweight New Zealand bird. I used the rim of the crown for expression of the bird. Backside is a feather. 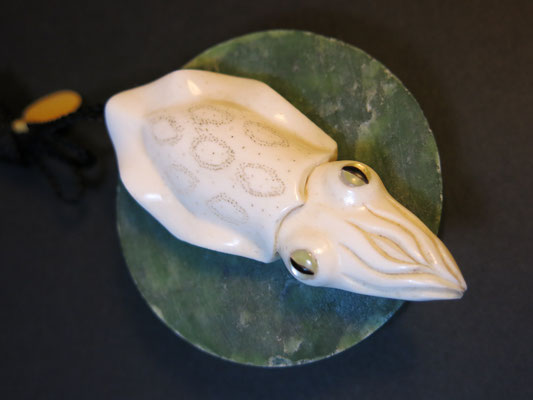 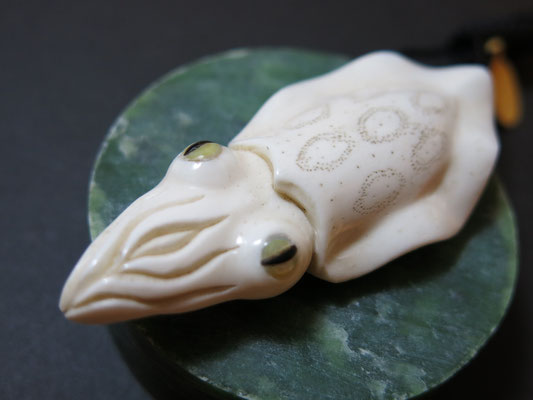 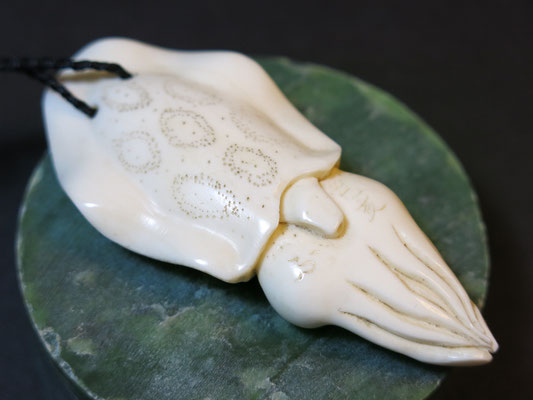 Material: Pilot Whale Tooth, Goat horn (can't be made again, because these are the last stock of the material)

*carved from tip of Whale tooth.

can be worn as a Necklace

carved from Pilot Whale Ear Bone .   Bat is believed a mammal which brings happiness and Good fortune in Japan.   *can be worn as a necklace

carved from Whale Bone. Mother of Pearl for eyes

Fugu=Pufferfish is a highly praised food in Japan. Fugu the word is similar with Fuku which means Good Fortune, so it's believed it brings you good fortune.

降り龍 Kudari-Ryu / Dragon from the Heaven (messenger of the god)

can be worn as a Necklace / 79mm wide 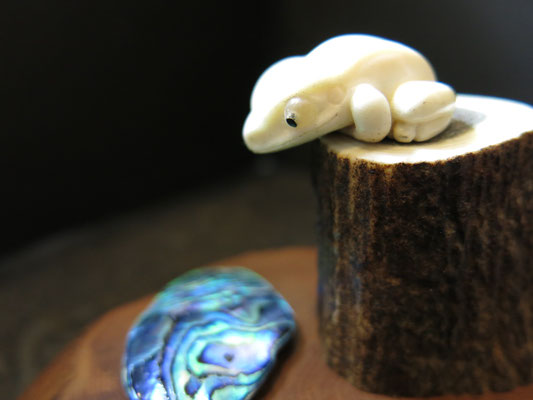 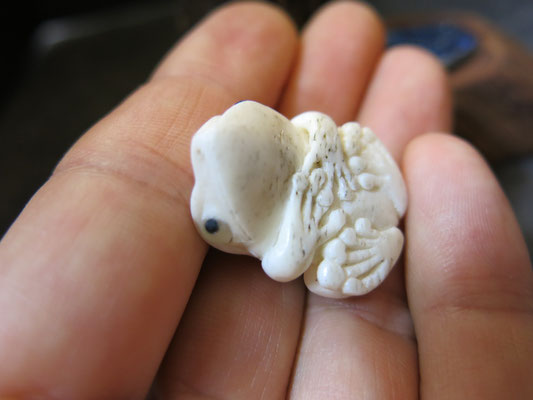 Cow Bone (one piece) with Deer Antler Crown Base

carved from Cow Bone (one piece)

Rocky Shore / Netsuke (can be worn as a necklace)   Crab, Starfish and Paua

Carved from Sperm Whale Tooth / Can be worn as a Necklace

Skull and Snake NETSUKE / can be worn as a necklace

Snake has inlaid horn eyes. This time the snake's tongue out.

made from Deer antler 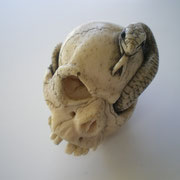 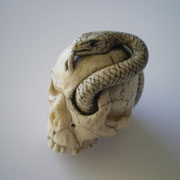 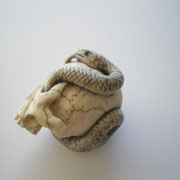 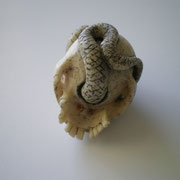 The eyes are rendered in the "Happo-nirami"(literally, "glaring in eight directions") technique, creating an effect in which the Octopus's gaze seems to follow the viewer. *similar one is available 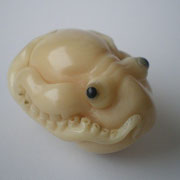 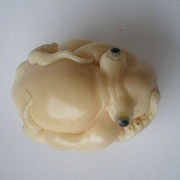 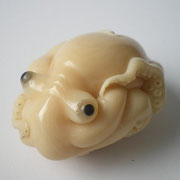 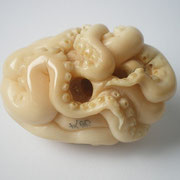 This octopus Netsuke is beautifully done by using natural colour of the material.

White part is the outside of the tooth and yellower part is the inside ivory. Octopuses change their body colour, so I used the material feature to give it reality.  Sold

In Edo era in Japan, house spiders were dealt with Gold, but only the spiders which are really good at catching fly. They are called Zashiki-taka, because the catching style looks like a Hawk catches a prey. I carved a fly on the backside.